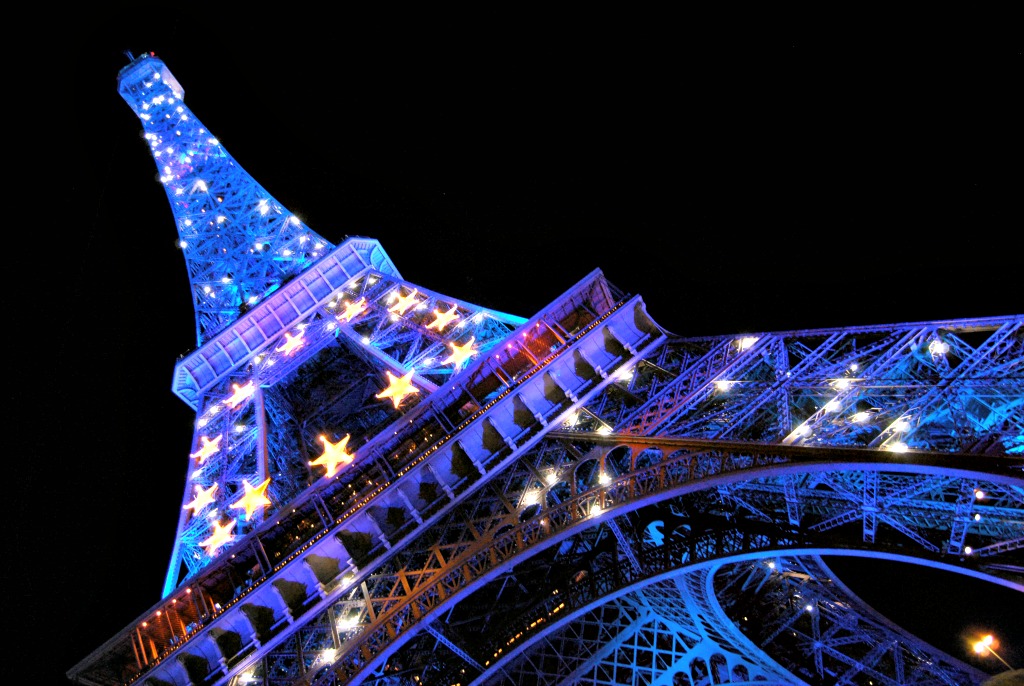 Explanation: In any city of the world, the sky is the limit when it comes to what you can spend and pay for things. Compared to most other major tourist destinations in the world, in fact it is very possible to get by quite inexpensively in Paris. Admission costs for museums and attractions are extremely reasonable (and some are free!), public transportation is a downright bargain and many restaurants feature attractively priced set menus. The main staples of life in Paris are plentiful and cheap: baguettes, wine, cheese, fruit and pastries. Where expenses can add up is having lots of drinks in cafés and bars. But since the café culture is one of the great pleasures of being in Paris, my advice is to once in a while pay the price, sit back and watch the fascinating world go by.

Explanation: In general, European cities are safer than North American ones since guns, gangs, personal property/bank robberies and drugs are not as common in Central Paris. The most common hazard in Paris, particularly for tourists, is pick-pocketing in highly populated tourist areas. Parisian thieves are very skilled and usually you would never even know you had been ripped off until much later. They search for easy opportunities to snatch a purse, wallet or cell phone. Simply don't provide these opportunities or make it easy to be a target and you will be fine.

Explanation: While there are frequent sightings of funky and high fashion, Paris on the whole is a casual city and anything goes. Jeans are worn by everyone, even Galeries Lafayette sales staff. Parisians generally have a knack for looking well put-together including being able to layer outfits in cool ways, accessorize smartly and mix colors and patterns that you may not think to blend in one outfit. For example, in winter Parisians can be seen on the metro and in the streets combining blacks, browns and greys and different patterns such as checks and stripes, all together. It works. The obligatory scarf is often featured in French ensembles by men, women and kids alike; even French dogs can be seen sporting this ubiquitous accessory. Exercise wear as fashion is usually never demonstrated on the street by Parisians, so you may want to reconsider wearing your Lululemon yoga pants, exercise bra-top and running shoes there. The French paradox does exist and very few Parisians exercise yet the vast majority of them are slim. They walk and take the metro stairs daily and eat well, but don’t over-eat. If they over-indulge one day, they will cut back for the next few days to compensate and balance the weight equation.

MYTH #4: It is unsafe to take the metro, especially at night.

Explanation: The Paris metro system is filled with tourists and Parisians at all hours of the day and night and is considered safe. Likewise with buses and night buses. If you are in a metro car and there is something dodgy going on or a strange person is in your midst, simply get out of the car at the next stop and go into another car. Something to be aware of: some people try to bypass buying a metro ticket so may squeeze up against you and try to come through the turnstile with you. They are not trying to hurt you so just let them come through. Another metro caution: the metro police can suddenly appear in a wide line checking tickets. Keep your individual tickets with you until you exit the station for this reason, and also because you may have to use it to exit. Avoid the hassle, embarrassment and steep fines of being caught without a ticket.

MYTH #5: Parisians are unfriendly and rude.

Explanation: Yes, rudeness and downright unfriendliness can be encountered by Parisians but many visitors report that locals are kind, helpful and friendly. Upon first meeting, Parisians can appear to be less casual and more reserved by North American standards, however, this does not translate to unfriendliness. Be aware that often what you put out is what you get back, so if Parisians are approached in the right way from the beginning, chances of a more pleasant interaction increase. An attempt to speak the language goes a long way with Parisians. Always begin a conversation with ‘bonjour,’ especially when entering a store. Asking immediately, ‘do you speak English?’ without a small attempt to speak French can start you off on the wrong foot, although most Parisians will just switch to English immediately. Think about it: if foreigners are constantly asking if you speak their language in a country where English is the official language, then how would that make you feel? Try to use your best school French and have fun with it; Parisians love to make jokes and help people with their admittedly difficult language by offering corrections.

MYTH #6: Paris operates the same as most other modern cities.

Explanation: Yes and no. On one hand, generally service is competent, however, there are often long lineups and service can be very slow. Visitors can often be left to wonder why there is only one cashier servicing a huge line of customers. Parisians are used to waiting in line and they do so very patiently. Waiters can disappear and are extremely adept at not seeing you, even while being in their line of sight. The bottom line: Parisians are not as concerned with the pursuit of commerce as some may be used to. Let that be your guide and chill out.

Explanation: As is the case everywhere in the world, you can get weird, strange or bad food, even in Paris. Generally speaking though the food, ingredients, cooking techniques and presentation are of a much higher caliber in France, considered the culinary capital of the world. ‘Bad food’ can result if ordering the wrong thing and probably a dish that the North American palette is not used to such as tripe, for example. Establishments almost exclusively catering to large tourist groups may not be your best dining bets. Observe the plates of patrons at cafés/restaurants and ask them what the food is like. Don’t be surprised if a Parisian loads up their fork and hands it to you to give their dish a try! Portions can also be surprisingly large. Generally, the French have more than one course, eat slower and the food is of much better quality (farm-grown, less chemicals and preservatives). Eating and drinking in Paris is a divine culinary experience.

MYTH #8: Paris should be similar to how it is back home.

Explanation: It’s not, and why should it be? For some reason, visitors to Paris are particularly intolerant about differences such as laissez-faire service, less than pristine, modern washrooms, and the fact that another language is spoken (in other words, not their language). When people visit any other country, they expect and accept that differences exist but for some reason, perhaps due to its leading reputation in so many areas, these things seem to not be as tolerated in Paris. The best rule of thumb to remember is that you are on another continent, in another country, where another language is spoken and where the culture and customs are different.